The Immaculate Heart of Mary Month 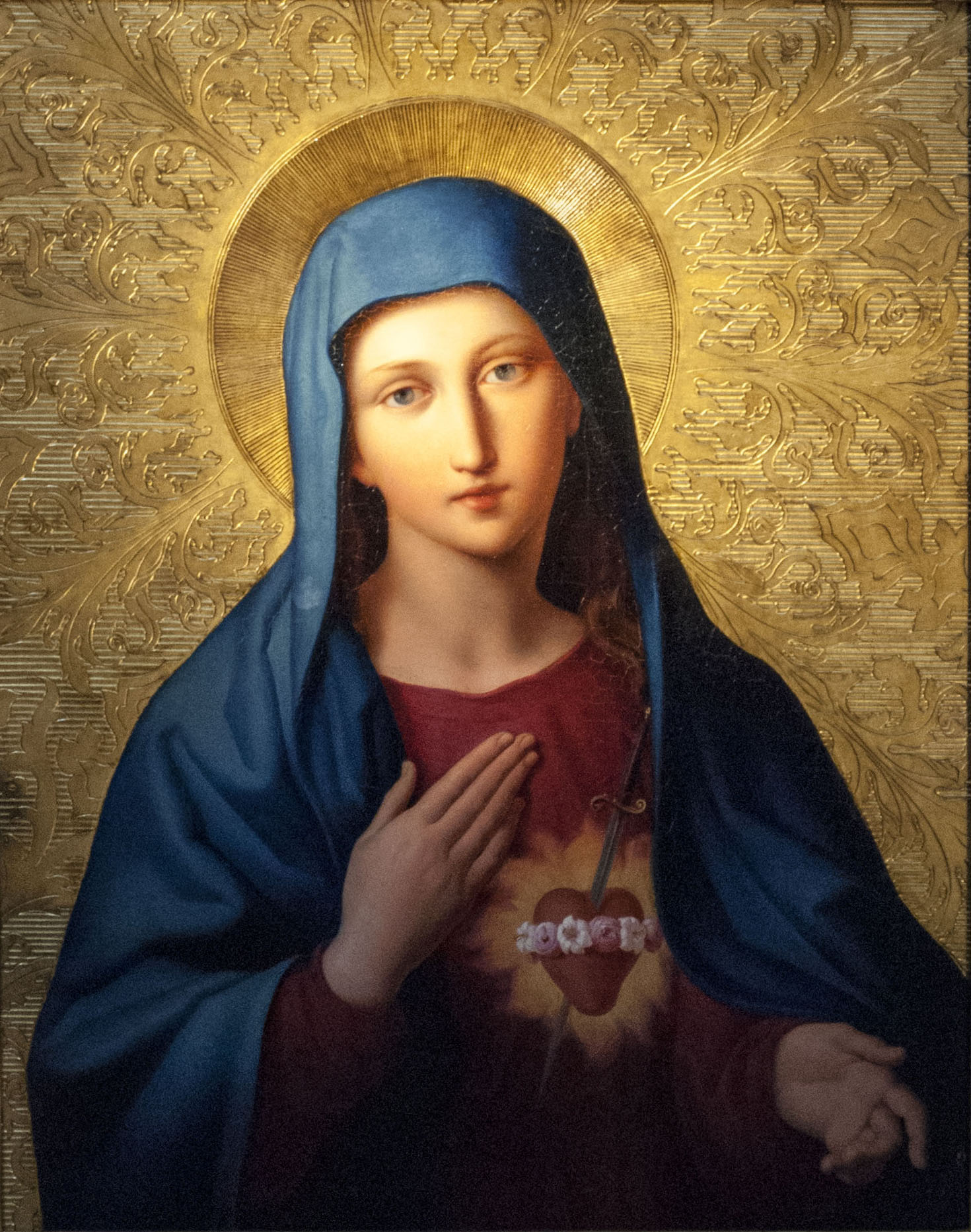 August is dedicated to the Immaculate Heart of Mary, and on August 15th, the church celebrates the Assumption of Mary into heaven.

The physical heart of Mary is venerated (and not adored as the Sacred Heart of Jesus is) because it is united to her person and is the seat of her love (especially for her divine Son), virtue, and inner life. Such devotion is an incentive to a similar love and virtue.

This devotion has received new emphasis in this century from the visions given to Lucy Dos Santos, oldest of the visionaries of Fatima, in her convent in Tuy, in Spain, in 1925 and 1926. In the visions Our Lady asked for the practice of the Five First Saturdays to help make amends for the offenses committed against her heart by the blasphemies and ingratitude of men. The practice parallels the devotion of the Nine First Fridays in honour of the Sacred Heart.

Living a consecration could be described as following three attitudes or spirits:

Union — Imitation of Jesus and Mary, so as to become like them, and trying to develop as constant as possible a realization of His and her presence.

Dependence — Give to Jesus and Mary the right to dispose of everything we have, temporal and spiritual.

Obedience — Jesus and Mary have the right to ask us to do anything at all, even without reward. In consecration, we recognize that right, give it on a basis of love, and plan to carry it out with fullest generosity.

St. Maximilian Kolbe liked to speak of the relation of consecration to our baptismal promises, in which we promised to renounce satan and all his works, and to follow Jesus, by whom we are “sealed” in baptism as His property. Consecration is the fullest kind of response to and carrying out of these promises.

Mary, in view of her Immaculate Conception, was most fitted to respond most fully, and that she did, with a fullness and perfection beyond our ability to visualize — for we recall that Pius IX told us that even at the start of her existence, her holiness was so great that “none greater under God can be thought of, and no one but God can comprehend it.”

There is, however, an even more basic reason why each one of us owes reparation to the Immaculate Heart of Mary: every sin of ours caused grief and suffering to her in union with her divine Son. For sin was the cause of that terrible day on Calvary when she, as the New Eve, shared in the torment of the great sacrifice, and, amidst indescribable pain, brought forth spiritually all the members of the Mystical Body of her divine Son. God willed that Mary should be intimately associated with His Son in bearing the burden of all sin; surely then, her Immaculate Heart, in union with His divine Heart, should receive reparation from us who have caused them such pain. If anyone causes hurt to even a very ordinary human being, he does not overlook the need to make amends. How much more do we owe to the Hearts of Jesus and Mary!

On October 31, 1942, Pope Pius XII made a solemn Act of Consecration of the Church and the whole world to the Immaculate Heart. Let us remember this devotion year-round, but particularly through the month of August.

Picture – A painting depicting the Immaculate Heart of Mary in Peterskirche, Vienna, Austria

Our Lady of Sorrows Month